I rarely discuss my military service, so pay attention – we won’t pass this way again. I am a Vietnam Era Veteran, although I never set foot in SE Asia.  I got lucky.

I served in the United States Army in the early seventies. While serving I got to see exotic places like Fort Benning, Georgia, and Fort Lee, Virgina.  I served in Tampa in the Readiness Command,  later become the US Central Command. You may know this as the future commands of “Stormin’ Norman Swartzkopf,” and later General Tommy Franks and now General David Patraeus, all leaving their footprints on US battlefields abroad. What did a guy like me do at Readiness Command? I was the “Incinerator Operator.” Oh, that wasn’t my official title. The Army had invested good money teaching me small arms repair, so I was officially the “Armorer,” a job I could’ve done in about fifteen minutes a month, unless I had to drive someone to the firing range to requalify on the M-16. The rest of my time was spent burning shredded classified documents in the back room. It was a dirty job, but someone had to do it.

Funny, but what I remember most about my time in Tampa was Pink Floyd in Tampa Stadium on the Dark Side of the Moon tour. Tells you where my head was at. It was the last US date on the tour, June 29, 1973. It was by far the high point of my life in Tampa.

From there, it was off to Okinawa, Japan, which became the beginning of the end of my first marriage and military service. Without going into much detail, just know I left Okinawa almost 18 months later with discharge pending and no wife. Dark days indeed.

I tell you that only to say this. Many of us served in the military without setting foot on some distant battlefield, dodging enemy fire, and fighting for somebody’s freedom. For every soldier who gave all, there are hundreds who gave little. They served their time and went home, many to flounder without the structure of the military. I hated my time in service. At the time, I thought it was a waste of days. Living a somewhat selfish life, I failed to see the big picture and where I was to fit in years to come. I squandered the opportunity and succumbed to my own short-sightedness.

I can no more relive those years than I can walk on Saturn, but what I can do is make sure I honor the soldiers and sailors who serve today, putting their collective asses on the line to ensure freedom survives against those that would take it away.

So on this Memorial Day, I honor those that fell in the ultimate sacrifice of service to this nation and pray that in years to come, this nation can rise up and honor them by getting past its own short-sightedness, and ensure that our children and grandchildren will have the same freedoms our forefathers designed. 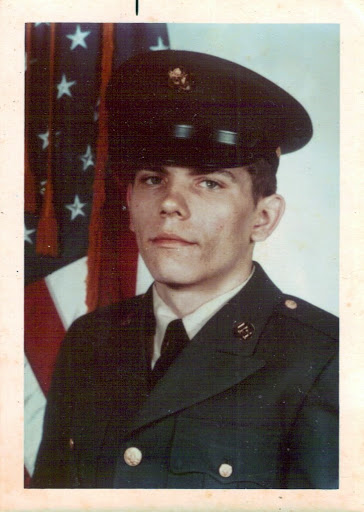 It is foolish and wrong to mourn the men who died. Rather we should thank God that such men lived. ~ General George S. Patton